Regardless of whatever the news feed changes bring, you do not want to give up on a community you built. Continue to post and engage your active Facebook fans. Let them be your bridge to their networks.
Another idea is to warn your followers of the changes and ask them to click the “see posts first in news feed” on your page, especially if they worry about missing something from you.

Focus on building your email subscribers

Every digital marketer knows that the most effective strategy is in email. An opted-in customer is a valuable customer.  Email lets you reach your audience directly in their inboxes.

Facebook is not the end-all, be-all of social. A smart social media strategy looks at the full picture and decides which communities are right for its business.
Are you a news organization pushing out lots of timely content? Invest in Twitter. Are you a cooking blog that posts scores of pictures? Get on Pinterest.

It’s easy to get caught up in social and forget about its less sexy counterpart, SEO. But search is still one of the most important discoverability tools on the web.
If you’re not paying attention to keywords, SERPs (search engine page results), and all the other key aspects of a good search strategy, you are missing out on a huge opportunity.

Pay attention to other trends and plan for them

Things move fast on the web and it’s in a marketer’s best interest to stay ahead of the curve. Be sure you plug into what is new and changing in your industry and are ready to make moves accordingly.

Note: Text Message Marketing (SMS) is the BEST Way to Get In Front Of Your Clientele!

Provide real-time push notifications and promotions automatically to customers who pass a physical Beacon at your  business location. Think of beacons as “buttons or links to the physical world around you”. 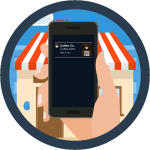 With our beacons deployed at your storefront, you can directly communicate with your consumer’s phone and tell her about specials, discounts and coupons. The outcome of such campaigns is positive because, for example, coffee shop owners have a much more robust picture of what customers are doing in and around their stores, and they can base their offers on data rather than assumptions. For most of our customers owning a coffee shop, the click-through-rate (CTR) is 3-4%, which is 30 times the CTR of a Facebook ad! 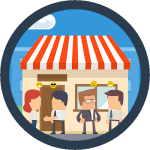 2. Inform customers about your services/events to bring them back

You might be offering a suite of services for your customers at the coffee shop, such as free WiFi, electrical outlets at each table for laptops, poetry readings and more, but it’s important to inform them about it at the right place and time. And our beacons are just pro in it!

Also, to widen the reach, push a shareable link about the service/event so that they can forward it to friends and family as well. 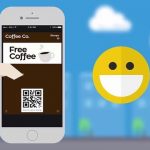 Loyalty programs can be as simple as notifications with the promise of receiving every Nth cup of coffee free, which can be attractive to daily coffee drinkers. These offers are most effective while customers are paying their bills. 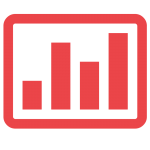 4. Quantify the success of your marketing campaigns

For local businesses, it is important to understand what works and what doesn’t. Budget dedicated to marketing fails only when one cannot numerically predict the ROI from it. One of the major faults in billboards, fliers, magazine ads etc. is that you cannot measure the impact. It is difficult to learn what language connects best with the mass, which places are the best for advertisement etc.

Only $25/Month for most businesses

1 to 3 Bluetooth Smart™ Proximity Beacons
Delivered & Setup for FREE Just pay the Purchase Price $25 Each (Regular $37.95) and a Monthly Charge $25 (Total Monthly Fee For 1 to 3 Beacons)

The market for mobile apps is booming. In fact, the demand for apps is so high that the average mobile user engages with their downloaded (‘native’) mobile apps eight times more than they do mobile web.

What Are Progressive Web Apps?

Before Progressive Web Apps (PWAs) were introduced, the two best options for a mobile presence were native apps or a website optimised for mobile use. Unfortunately, neither was all encompassing.

When you need one or the other (but neither is right)

Each option had its strengths. Apps work offline, but websites update content around the clock. Apps send push notifications, but mobile web is indexed in Google. For every reason to select one medium, there was an equally compelling reason to select the other. The most interesting discrepancy, however, pertains to user engagement.

Capturing the Best of Both Worlds

PWAs are the hybrid child of native apps and mobile web, taking all the good and leaving all the bad. They look, feel and function like mobile apps, but they have the access, availability and low barrier-to-entry of websites. Google engineer Alex Russell, the man behind Progressive Web Apps, puts it plainly:

These apps aren’t packaged and deployed through stores, they’re just websites that took all the right vitamins. They keep the web’s ask-when-you-need-it permission model and add in new capabilities like being […] on your home screen, and in your notification tray. Users don’t have to make a heavyweight choice [to install] up-front and don’t implicitly sign up for something dangerous just by clicking on a link. Sites that want to send you notifications or be on your home screen have to earn that right over time as you use them more and more. They progressively become “apps”

To understand what a PWA is and why it is so special, you need to get rid of the categorisation that we’re all so used to dealing with. To make things easy, it might actually make more sense to describe what a PWA is not.

Similarly, it’s not a traditional mobile website. You don’t need a constant internet connection for it to function. You don’t have to navigate the web to find it. You don’t need to sacrifice intuitive mobile controls, like swiping left or right.

Compared to native apps, PWAs are in a whole other league. The benefits that they offer users are unmatched by anything else available on the web.

Even though they are websites, PWAs don’t require an internet connection in order to offer users some measure of functionality. This becomes increasingly true for apps that the user engages frequently.

Many native apps are redeveloped regularly. As a result, they require the newest hardware and operating systems or else they won’t function. David Merrell, of the Washington Post, says, “The reason it’s called ‘progressive’ is because the experience gets progressively better depending on what technology is available in the device.” That means that modern devices have the best experience, but even ancient mobile devices can have some functionality.

PWAs have no barrier to entry. “It lets people interact with it like an app without the hassle of downloading it.”

Don’t worry about dealing with app marketplaces anymore. PWAs are as freely available as any other site on the web and don’t require special accounts to get access.

Native apps can monopolise lots of the room on your phone or tablet, forcing you to delete photos and other software or risk running out of space. PWAs use almost nothing and give you a better experience.

You can add home screen buttons for all your favourite PWAs, saving time when you want to use them. Since PWAs are a mobile-only experience, they are also designed with mobile users in mind. That means you get traditional app navigation like swiping left or right.

PWA vs Native, Side by Side

In some regards, Progressive Web Apps and native apps are very similar, but when it comes down to convenience, there’s really no comparison. Here’s how they look side by side. 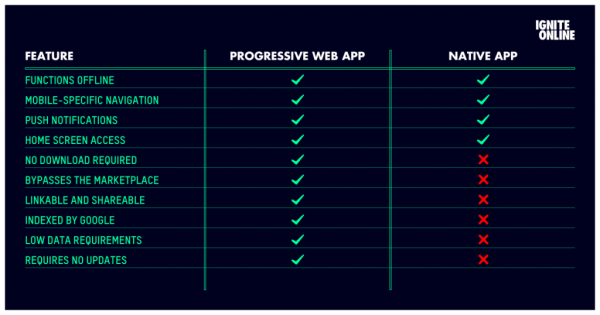 The PWA takes this one, hands down!

Get Yours Today from Alberta Mobile Marketing 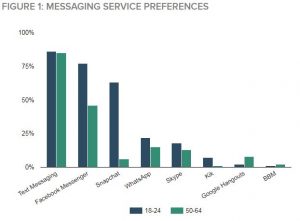 Observing the messaging behaviour of different respondent age groups shows a clear correlation towards a preference for an instantaneous messaging system for emerging generations of smartphone users.
Catalyst Canada http://catalyst.ca/2017-canadian-smartphone-behaviour

Want to get the message to your clientele? Text Messaging Is King!

Start for only $25/month at Alberta Mobile Marketing
https://www.albertamobilemarketing.com/sms-marketing/sms-marketing-special-offer

Capitalize on More Repeat Business by offering a Customer Loyalty Program tailored to your business! 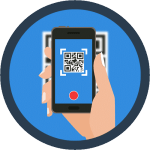 Customers can easily download your Punch Card to their Mobile Wallet on their iPhone, Android or Windows phone by clicking a URL, scanning a QR code, tapping an NFC Tag, or by clicking an SMS link. 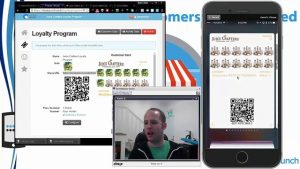 Customers who’ve downloaded your Punch Card will get a custom lock screen notification when they come within a certain defined area of your city or in-store with the use of Beacons. This acts as a gentle reminder to customers to come visit the business and get rewarded for doing so. 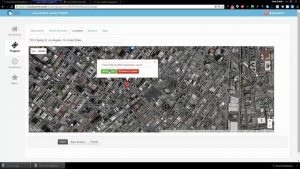 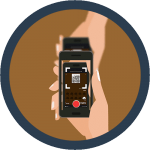 You, the business owner or your staff can securely validate the Punch Card and award an additional “Punch” that’s instantly added to the customer’s Mobile Wallet Punch Card. No more carrying around “old school” paper or plastic Punch Cards. 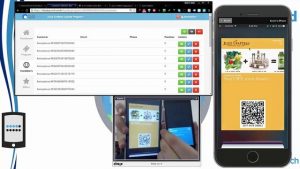 Once a customer has reached the campaign goal, they receive a mobile reward in their mobile wallet, such as a Free Coffee, which they can easily redeem at the point of sale. You, the business owner is content because the transaction was accurate and secure and the customers leave happy after being rewarded for their loyalty. 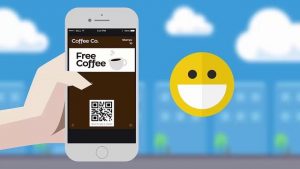 Check this out on your smartphone: https://near.place/5001

Or Just Try It Out: https://wallet.leadsbeacon.com/d/l/z0OGEqqM

Plus You can send Messages & Offers directly to their wallet cards for a nominal fee!

Your Payment Is Safe & Secure!